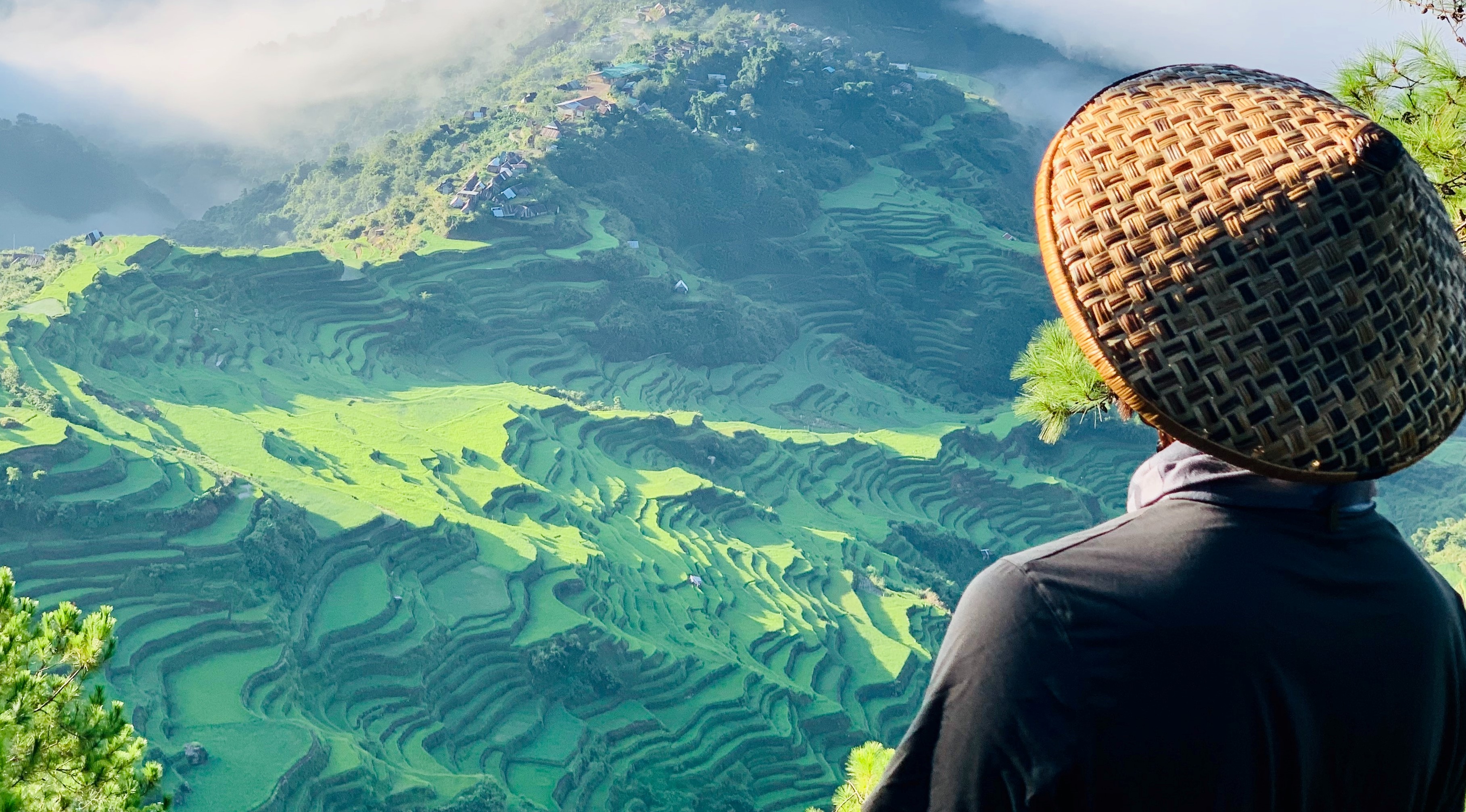 New York, United States (20 September) – New commitments aimed at catalyzing biodiversity finance and conservation were unveiled today at a high-level event convened on the sidelines of the UN General Assembly to showcase action and support for a nature-positive world.

New initiatives announced include €0.87 billion of new funding from the German government; a 10 point plan for financing biodiversity, endorsed by 16 initial countries; and the next phase of the High Ambition Coalition for Nature and People (HAC for Nature and People 2.0), supporting the protection of at least 30% of land and ocean globally,  announced by the Minister of Foreign Affairs of Costa Rica on behalf of the President of Costa Rica.1 An accelerator for action on biodiversity was also announced by the Minister of Environment and Sustainable Development of Colombia on behalf of the President of Colombia.2

The announcement that Germany is increasing its international biodiversity funding to €1.5 billion per year, representing an increase of €0.87 billion from the German government’s average funding between 2016-2020, represents the highest total international yearly financial commitment of all industrialized countries to biodiversity conservation, so far. German Chancellor Olaf Scholz said, “The UN Biodiversity Conference in December needs to be a turning point for our conservation efforts. Germany resolutely supports the idea of an ambitious global framework on biodiversity. Such a framework needs a strong implementation mechanism that sets us on a path to saving and restoring our ecosystems. Protecting at least 30 percent of our land and oceans plays a crucial role in this. At the G7 Summit in Germany, we agreed to substantially increase funding for nature by 2025. Germany is doing its part and will continue to do so. As part of our commitment to an international climate finance budget of €6 billion annually by 2025 at the latest, we will increase our biodiversity funding massively to €1.5 billion per year. With this contribution, we want to send a strong signal for an ambitious outcome of the biodiversity COP15.”

Countdown to COP15: Landmark Leaders’ Event for a Nature-Positive World saw world leaders declare the success of COP15 a priority for their governments and call for all countries to work together to secure an ambitious global biodiversity agreement in Montreal in the face of an escalating nature crisis that is threatening health, food security, and livelihoods, while undermining climate action and sustainable development.

Attending leaders reaffirmed their commitment to reverse biodiversity loss and secure a nature-positive world by 2030, including through adopting a transformative biodiversity agreement at COP15 in Montreal. Leaders reaffirmed their commitments to protect and conserve at least 30% of land and ocean by 2030, transform production and consumption to be well within planetary boundaries, and ensure an equitable transition to nature-positive economies.

Canadian Prime Minister Justin Trudeau said: “Canada stepped up to host COP15 – the Nature COP – in Montreal this December because we know what’s at stake – healthy land and waters, strong economies, and a bright future for generations to come. At home, Canada is making historic progress to reach our commitment to protect 30% of our land and 30% of our oceans by 2030. On the world stage, including at COP15, we will continue to mobilize global support to reach this target and protect biodiversity around the planet. This is the moment for the world to come together and agree on an ambitious global plan to halt and reverse the loss of biodiversity and set our natural world on the path to recovery.”

Costa Rican President Rodrigo Chaves Robles said: ”For the last three years Costa Rica has championed the critical global goal to protect at least 30% of our planet’s land and ocean by 2030 through the High Ambition Coalition for Nature and People and its 103 members. Today, we are announcing that our coalition has taken the important next step by committing to ensure the implementation of the ’30by30′ target with the support of governments, philanthropists, academia, indigenous peoples representatives and local communities. Costa Rica is totally committed to take action to halt and reverse biodiversity loss by 2030 and I reaffirm my country’s determination to work tirelessly to achieve a robust global agreement for nature at the Convention on Biological Diversity COP15 taking place in Montreal, in December. This is our once-in-a-decade chance to act together to prevent the collapse of the natural systems that provide our food, clean water, clean air and stable climate that are the basis of our global economy.”

Prime Minister of Bhutan Dr. Lotay Tshering said: “World leaders are today collectively saying action on nature cannot wait. Bhutan is blessed with rich biodiversity and natural heritage. We continue to take pride in being a carbon negative country and maintain the environment as an integral part of gross national happiness. We call on all countries to deliver a nature-positive global biodiversity agreement at COP15. A healthy environment is the prerequisite for the health and happiness of current and future generations.”

Unveiled by the governments of Ecuador, Gabon, the Maldives and the United Kingdom, the Political Vision: The 10 Point Plan for Financing Biodiversity aims to provide a comprehensive way forward for governments and the finance sector to ensure we invest in protecting nature, rather than destroy it. It includes commitments to increase international and domestic funding for biodiversity from all sources, reduce harmful expenditures, and align public and private flows to be nature-positive.3

President of Ecuador, Guillermo Lasso, said: “Ecuador, as the country with the greatest biological diversity per square kilometer, has a great variety of terrestrial and aquatic species, and unique and fragile ecosystems that must be cared for and preserved. Today more than ever, it is urgent that we provide a new impetus in favor of biodiversity. For this reason, on behalf of my country Ecuador, Gabon, Maldives and the United Kingdom, I have the honor to present the document entitled: ‘Political Vision: A 10 Point Plan for Financing Biodiversity’. This plan consists of a “financial package”, as a support for the consensus that is required at the CBD COP15. This shared political vision between our countries marks a path to reduce the global financial gap for biodiversity and defines what we expect from governments, financial institutions, the private sector, philanthropists and civil society, to face the challenge of increasing and mobilizing resources for biodiversity. The increase and mobilization of new, additional, predictable, and timely resources from all sources, in an agile and simplified manner, in particular to developing countries, is essential to fulfill the commitments under the Convention on Biological Diversity and the Post 2020 Global Biodiversity Framework that will be adopted in December at COP15 in Montreal.”

The event also saw the endorsement of the Leaders’ Pledge for Nature by Australian Prime Minister Anthony Albanese, committing Australia to reversing biodiversity loss by 2030. Later, the permanent funding model and local leadership approach of the Enduring Earth partnership was showcased, highlighting progress to provide long-term financing for conservation, climate, and community prosperity.4

“We welcome the growing ambition to sustain nature and people. Indigenous Peoples are the stewards of the majority of the world’s remaining biodiversity, and we are at the forefront of innovative solutions for conservation. We are eager to partner in protecting our lands and waterscapes for the future,” said Valérie Courtois, Director of the Indigenous Leadership Initiative.

Interventions from Indigenous leaders highlighted the key stewardship role played by Indigenous Peoples and Local Communities in protecting 80% of the world’s biodiversity and that direct funding of IPLC efforts should be front and center, alongside rights, in efforts to secure a nature-positive world.

Leaders from financial institutions5, business, civil society organizations, and agencies like the GEF, further underlined that the world must not miss the opportunity presented by COP15, and the critical need to agree a way forward on biodiversity finance.